We can all agree that Dr. King lived a life of impact because he accomplished a lot of things in the 39 years he was alive that most people can only dream about. He changed the lives of millions of Black people, not only in the U.S, but also around the world.  Five decades after his death, Dr. King’s mission still lives on and his accomplishments is enjoyed by generations after him.

1) 1955 – He led the Montgomery bus boycott shortly after Rosa parks refused to give up her seat to a White man.

2) 1963 – He helped organize the nonviolent protests in Birmingham, Alabama, to fight against racial segregation in the south.

3) 1963 – He helped organize the March on Washington, where he delivered his famous “I Have a Dream” speech.

4) 1964 – He won the Nobel Peace Prize for combating racial inequality through nonviolent resistance.

5) 1965 – He helped organize the Selma to Montgomery marches, which was a protest where African Americans demanded for the right to vote.

6) 1966 – He took his movement to Chicago to fight against segregated housing because Black people were denied housing in certain neighborhoods back then.

In this post, I want to highlight some of Dr. King’s famous quotes. These quotes are timeless and they relate to anyone who might have a radical idea and is afraid of carrying it out. I created digital prints you can purchase, download and frame so that you can be reminded daily of the things that needs to be done for the benefit of the masses.

1) “In the end, we will remember not the words of our enemies, but the silence of our friends.” 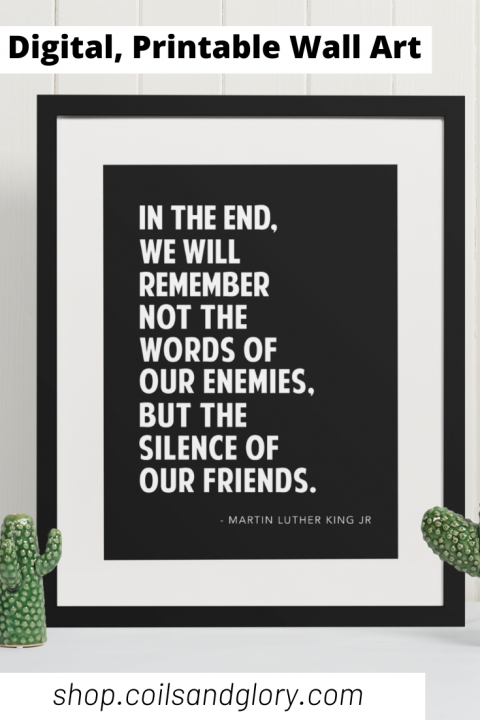 2) “Our lives begin to end the day we become silent about things that matter.” 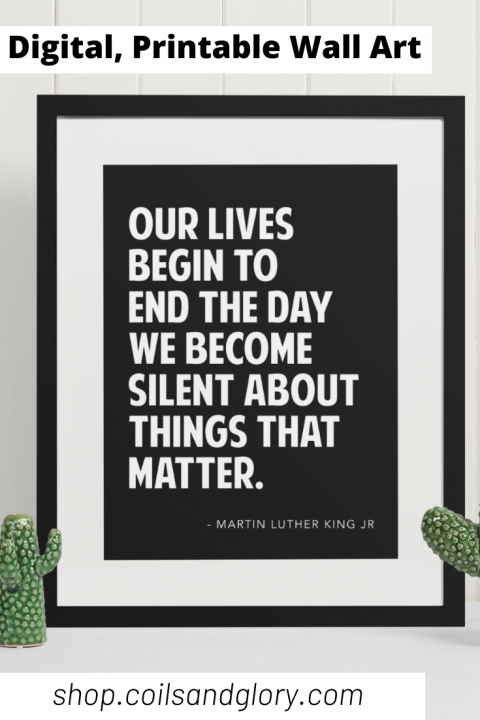 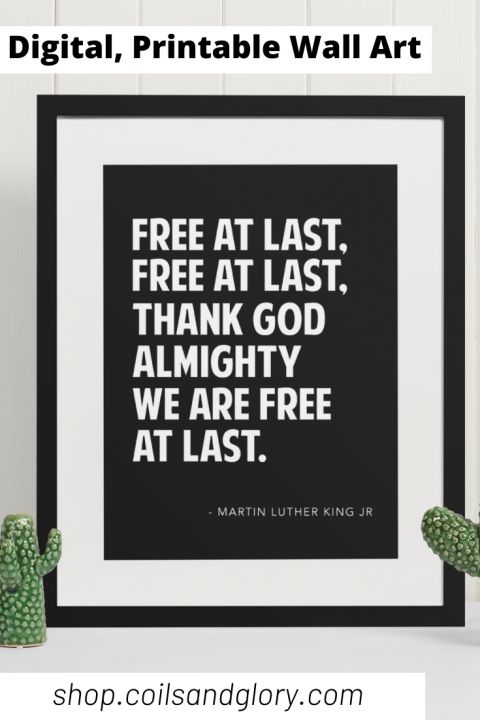 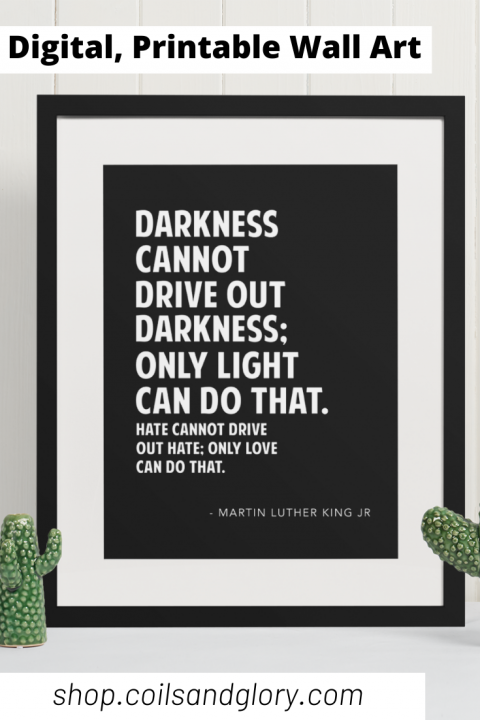 5) “Injustice anywhere is a threat to justice everywhere.” 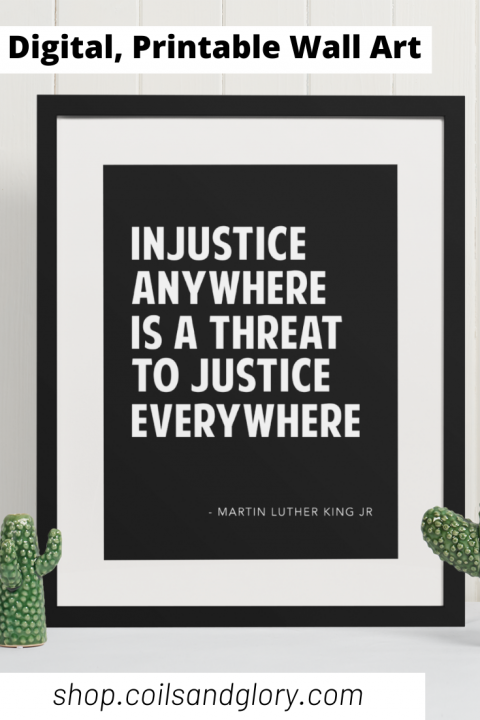 6) “The time is always right to do what is right.” 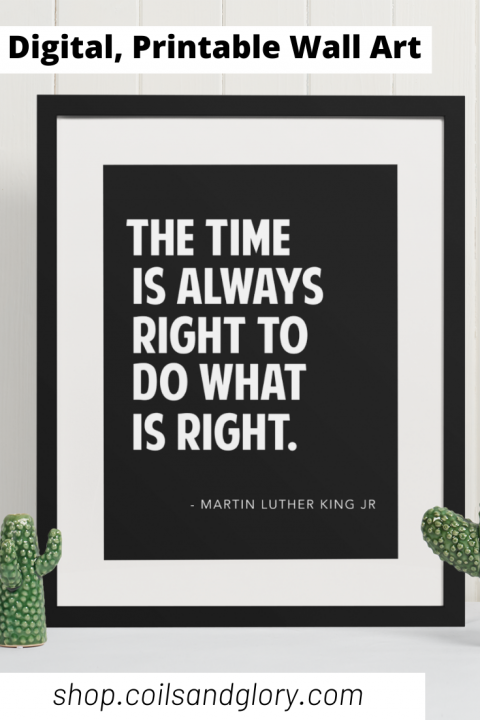 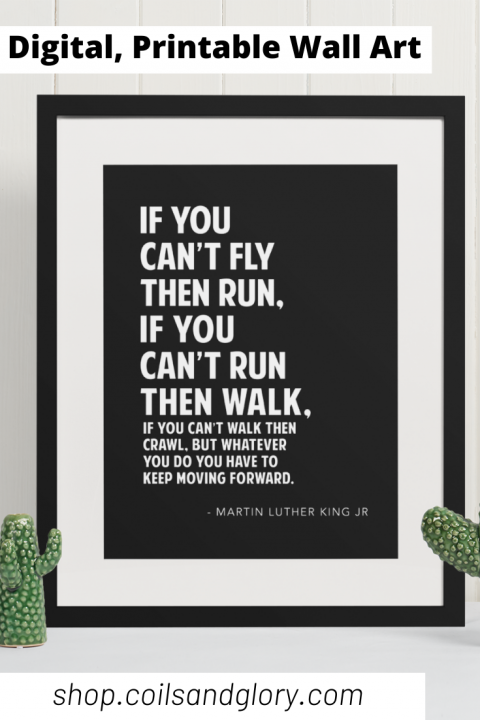 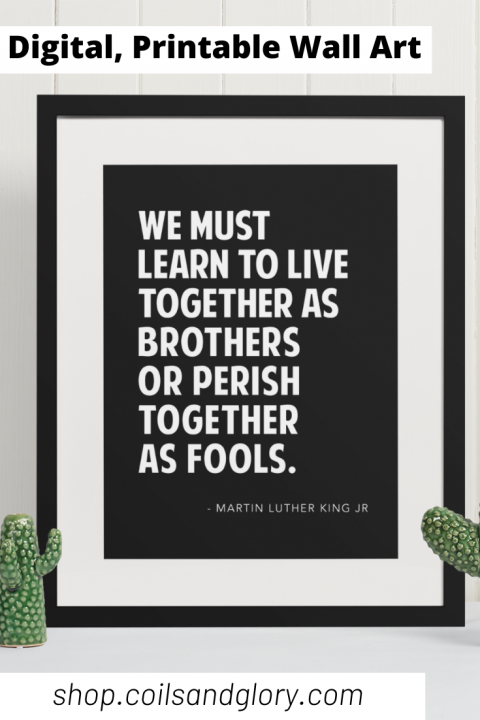 9) “Life’s most persistent and urgent question is, ‘What are you doing for others?” 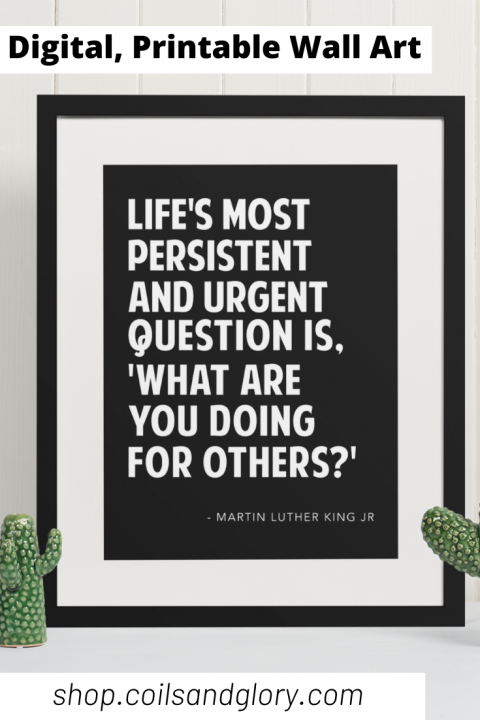 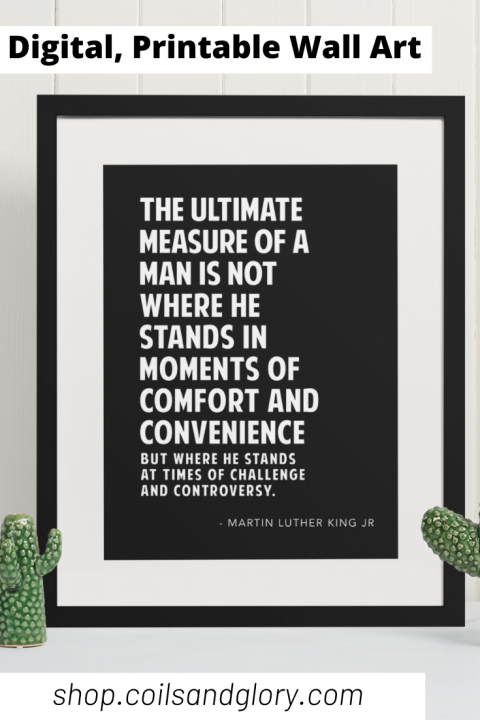 11) ‘The function of education is to teach one to think intensively and to think critically. Intelligence plus character – that is the goal of true education.” 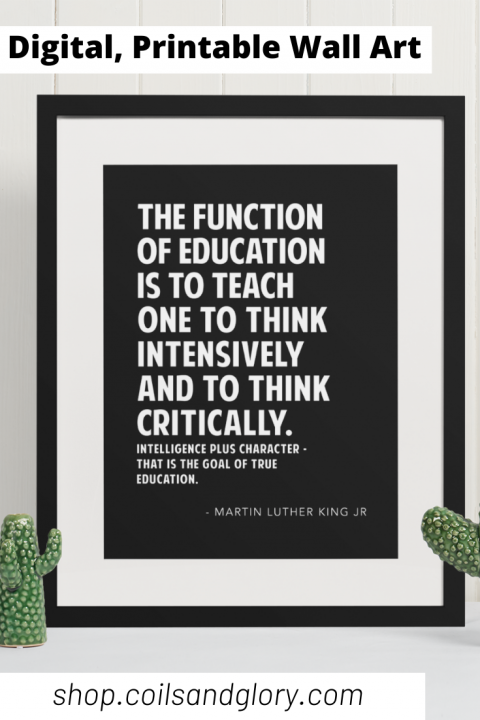 Which is your favorite quote? Let me know in the comments section.

To get your copy of these quotes, please visit my Etsy store right HERE. 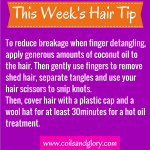